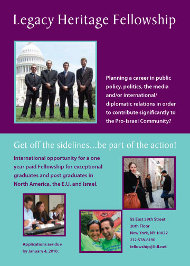 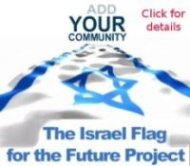 The Aims of the BDS Movement

EnoughNews have produced a great report on Boycotts, Divestment and Sanctions. The report includes use of Zionism On The Web's Academic Boycott Resource Center

Dr Andre Oboler, Zionism on the Web and the CIE supported Talk Gaza website were featured in a news report by the English language Israel Broadcasting Authority. The report is focused on ROI 5, a high profile conference for young Jewish innovators.

In 2009 London's Jewish Chronicle interviewed Jonathan Hoffman, co-vice chair of the Zionist Federation, on online resources for Zionist activists. He said, "one of the best [websites] is Zionism On The Web".

Zionism On The Web has maintained this leading position since it first won a Top Site Award from the Jewish Agency in 2006.

Accepting antisemitism in the online world

Dr Oboler's new article, published by PresenTense Magazine (Febuary 2010) is Under attack in a virtual world. The article discussed how in a world with no absolute truth or commonly accepted values, racism and intolerance are becoming widely accepted in society. This in turn leads to a a potential reversal of all the progress that has been made in the name of civil rights. This article was published shortly before Facebook appologised to the government of the State of Queensland after the platform was used for serious abuse.

An important international document, edited by Zionism On the Web's CEO, Dr Andre Oboler, and David Matas of Bnei Brith Canada, was released at the start of February. The document, a 17 page report from the meeting of the Working Group into Online Antisemitism at the Global Forum to Combat Antisemitism, include recommendations for government, the internet industry, and civil society.

The Spanish Government have decided to disqualify an Israeli team from the European Solar Decathlon - just as the team reaches the final stages. The government took this action to implement a boycott policy promoted by a UK based Palestinian lobby group. The students are from Ariel College which is situated in the West Bank. Previous moves to boycott the college in the UK have been considered discrinatory and illegal.

A new report by Zionism On The Web's CEO, Dr Andre Oboler, on Facebook, Holocaust Denial, and Anti-Semitism 2.0 has been published by the JCPA.

A summary published by the AJC's Z-Word Blog and a Jerusalem Post article on the report have also been published.

The highly successful campaign to make Gilad Shalit a trending topic in Twitter. This article explains the campaign and the result.

Writing for the UK Guardian's Comment is Free, Zionism On The Web's Dr Andre Oboler critisized Facebooks policy which allowed Holocaust denial despite other provisions prohibiting hate speech. His suggestion that national laws against racial descrimination need to be used if companies won't take the action themselves created an outcry in libertarian blogs.

Christian supports are invited to send us their articles on Christian Zionism.